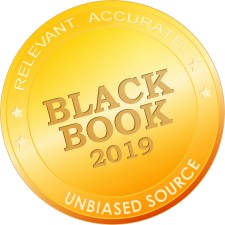 Allscripts outperforms competitors in the U.K., Australia and Canada on most all implementations done on time and budget while delivering on expectations; Epic Systems proves top vendor in Southeast Asia and the Middle East

TAMPA, Fla., September 3, 2019 (Newswire.com) - ​​​​​​Black Book's European office led this year's sweeping survey process of 60,000 provider invitations, resulting in 4,056 current EHR user participants around the globe providing insight into 18 specific EHR key performance indicators evidencing progress and outcomes on vendor experience and client satisfaction. In addition, 6,840 respondents that are in the vendor selection process participated in client experiences and satisfaction contained in ad hoc polls regarding vendor time to implement, implementation performance on budget and resources, disruption to current operations, vendor preferences and trends in use of implementation consultants, and if the client agrees, their vendor has delivered on stated expectations.

Black Book Research surveyed more than 10,000 stakeholders and regular users of electronic health records around the world to evaluate the international expansion efforts of domestic core-EHR vendors and the client user satisfaction in terms of vendors’ abilities to deliver on contractual services, on time, and within budget on implementations.

Allscripts lead the pack of 68 named EHR vendors in meeting client implementation expectations on time, budget, core value and outcomes globally with particularly high marks by users in Canada, the U.K., Australia and New Zealand, according to 1,490 combined respondents in those regions.

Epic Systems ranked best by users in Southeast Asia and the Middle East, with 568 collective user scores in those respective areas of the world.

“Because the U.S. is forecast to be one of the slowest-growing EHR markets over the next five years as it approaches saturation in the acute market, the largest system vendors are shifting their efforts to international expansion, therefore, vendors such as Meditech, Epic Systems, Cerner and Allscripts are heating up into highly competitive international emerging markets," said Doug Brown, President of Black Book.

"Allscripts in the U.K., Oceania and Canada and Epic in the Middle East and Southeast Asia are making the greatest impact and fastest inroads by confronting the challenges of localizing solutions, acquiring qualified regional support vendors, deposing established incumbents, aligning products to match government requirements and projects and putting in place in-country implementation, project management and local support teams — all of which require significant time and investment," said Brown.

As a result, the top-ranked EHR HIT vendors globally, as measured by 18 key performance indicators for 2019, are:

Research into the specific processes and adoption revealed trends occurring in Q3 2019 highlighted by:

The end result will be a meaningful leap in the quality and quantity of available data globally, which is why Black Book recently polled professionals who are ready to address interoperability and data sharing, as well as preparations and security measures being implemented to handle any potential data breaches.

2,418 healthcare IT users in the developing EHR world responded that their top concerns with implementing paperless and sharable medical records were data vulnerability  (90% of CIOs fear system breaches), duplicate prescriptions (89% of physicians responded with concern), as well as all unnecessary expenditures and diverted resources caused by an EHR implementation with minimal support or accountability from foreign vendors (per 92% of CFOs).

As the need for practical and safe EHR increases, the data in healthcare is projected to grow at a CAGR of 19.1% in the next six years.

Within the Canada Health System, 77% of primary care physicians declared that they have accessibility to their patients’ information via EHR. Nevertheless, as the systems mature, the data management between providers does not. Across the country, each provider manages the data, which makes it unavailable in other provinces and generates mistrust from the patients in the EHR in general as evidenced by proportions and strategies misalignments  (according to 89% of providers surveyed). Even though Canada dedicates 11% of GDP (OECD average: 8.9%) in healthcare, the setbacks are numerous waiting lists or increased operational costs, forcing the government to require strict health budgeting in all provinces and to also ask for accessibility and portability of the national health system.

In Continental Europe, the city of Barcelona has adopted an SAP-based provider for its hospital network (SISCAT). All patient data, including primary care records, can be accessed, completed and enhanced from any ER. Patients can even access waiting lists, e-health, or medical schedules, outpacing the other Spanish communities and health providers. To confront this national issue, the Central Government in Madrid is implementing a system named e-salud that aims to connect all Spanish provinces’ EMRs, thus sharing patients’ records nationwide.

The lack of IT system uniformity in federal, region-based countries often disrupts the information exchange between regions and is detrimental to the patients. It does, however, broaden the market possibilities and such welfare states become prime target markets for EHR players. “One exception being Germany that implemented, in 2018, a nationwide network that enables the secure data transmission among healthcare providers, connecting over 2.5 million healthcare professionals to 80 million citizens,” added Brown.

On a broader scale, the European Union allocates funds and helps its member states to exchange Electronic Health Records across the EU through the e-HDSI (e-Health Digital Service Infrastructure).

In South America, the leaders in EHR adoption – Brazil and Colombia – are allocating and investing important amounts of funds into public healthcare in order to implement EHR across their territories, with the added difficulty of the rural vs. urban population (Mexico 21% vs. 79%, Brazil 15% vs. 85%) and uneven wealth distribution proportions, strategies misalignments as well as general public mistrust in the healthcare system. “The large divide between public and private sectors in the Brazilian healthcare system results in many challenges for patients and the business sector alike," said Brown. "Reciprocal knowledge is lacking between the two sectors, so neither sector had significant work experience in or networks with the other sector."

New models that leverage the strengths of both sectors toward common goals have the potential to transform the experience of healthcare delivery for Brazil’s population. Private-sector innovators balance public-sector collaborations with other scaling strategies to maintain sustainability in the face of public-private partnership challenges.

Of the 42 best medically rated hospitals in South America, Colombia is home to 20 of those urban, acute care provider systems, but with 24% of the population living in rural areas and 17% who live below the extreme poverty line, the healthcare system faces extreme structural problems: disparity in healthcare quality and limited transfer of clinical information, mainly between primary and specialist outpatient care. Colombia’s e-health sector is also stifled by the lack of interoperability between providers. An electronic medical record compiled by one company, for instance, cannot always be accessed by another provider. The government, however, is dedicating more resources in order to unify the health system and with it, the use of digital records.

Public healthcare in India is in line with the country’s GDP expenditure: 1%. The 1.3 billion people living in India need to seek healthcare in the private sector, mainly because the public health system is not trusted.

“As more than 75% of outpatients and more than 60% of inpatients in India are being treated in private healthcare facilities, it is necessary for the government to bring them on board for using EHR,” said Brown.

The Indian government launched an ambitious program in 2014 aimed to bridge the digital divide in the country and enable delivery of e-services in the public health system through the National e-health Authority of India (NeHA).

Taiwan is an example of simplicity in the management of e-care. Since 2004, 99% of the 23 million citizens benefit from an integrated circuit card that contains their health information and is named IC Card.

“Although simple and groundbreaking, the problem with the IC Card is that the information it holds is limited to the last six medical visits, prescriptions, allergies, organ donation willingness and vaccinations,” emphasizes Brown.

In any case, the Taipei Medical University Hospital has rolled out a blockchain-powered platform to improve medical record keeping. The so-called Healthcare Blockchain Platform was reportedly developed in order to support the government’s Hierarchical Medical System policy, improve patient referral services, and integrate individual healthcare networks to enable people to access their medical records in an easier way. To make a request for their records, patients can log in to a password-protected mobile app.

The survey methodology and full listing of healthcare consultant and advisory firm rankings can be found on Black Book’s website — https://blackbookmarketresearch.com.

Black Book Market Research LLC, its founder, management and staff do not own or hold any financial interest in any of the consultants and advisory firms covered and encompassed in the surveys it conducts. Black Book reports the results of the collected satisfaction and client experience rankings in publication and to media before firm notification of rating results and does not solicit survey participation fees, review fees, inclusion or briefing charges, or involve consultant firm collaboration with Black Book before the announcement of the polling outcomes.