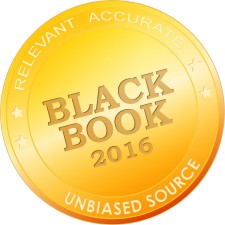 Four years after the rush to replace inpatient EHR systems, Black Book crowd-surveyed 1204 hospital executives and 2133 user-level IT staff that withstood at least one broad EHR system switch to grasp if providers got what they bargained for.

14% of all hospitals that replaced their original EHR since 2011 were losing inpatient revenue at a pace that wouldn’t support the total cost of their replacement EHR.

“It was a risky decision as hospitals were facing the fact that they would not be back to their pre-EHR implementation patient volumes, inpatient or ambulatory, for at least another five years,” said Doug Brown, managing partner of Black Book.  “No other industry spends so much per unit of IT on the part of the business that is shrinking the fastest and holds little growth as did inpatient revenues.”

90% of nurses reported the EHR process changes diminished their ability to deliver hands-on care at the same effectiveness. 96% of nurses in the last year’s Black Book usability survey claim they had no input or inclusion in hospital EHR replacement planning activities

In contrast, only 5% of the hospital leaders responded that the EHR replacement process impacted care in any negative way

“In our experience polling, most executives will not admit they were oversold or that their IT decisions had adverse bearing on patient care,” says Brown. “On the other hand, workflow changes and productivity issues may have added to the disappointment nurses felt after being left out of replacement EHR product evaluations.”

63% of executive level respondents stated they, or their peers, felt in employment jeopardy through the EHR replacement process

Levels of Interoperability decreased immediately upon initiating a replacement EHR

Black Book™, its founders, management and/or staff do not own or hold any financial interest in any of the vendors covered and encompassed in this survey, and Black Book reports the results of the collected satisfaction and client experience rankings in publication and to media prior to vendor notification of rating results. Follow Black Book on Twitter at http://www.twitter.com/blackbookpolls