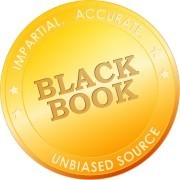 "Product and vendor loyalty among primary care practices over six physicians is on the upward trajectory,” said Doug Brown, Black Book's managing partner. "The vendor's abilities to meet the evolving demands of interoperability, networking, mobile devices, accountable care, patient accessibility, customization for generalist workflow, and reimbursement are the main factors that the replacement mentality and late adoption are turning course.”

Through Q4 2014 to Q2 2015, primary care has been one of the fastest growing market segments of new EHR implementations, according to Black Book polling; 94% of all primary care practices over six practitioners have either executed, are under implementation, or are in the process of selecting a system.

“Solo and smaller practices under five practitioners, particularly in urban, east coast locations, that are struggling with resources are this market segment’s late adopters,” said Brown. 79% of primary care doctors defining themselves in the survey as meeting these criteria have not yet implemented EHR.

70% of primary care physicians that implemented their first EHR prior to 2012 are considerably more satisfied than those with systems implemented within the past 24 months (14%).

84% of primary care practices identifying as in some stage of replacing their current EHR are giving preference to vendors with fundamental population health tools and analytics.

Primary care user satisfaction has increased prominently in the last six months according to client responses of all practices implementing an EHR longer than two years ago.

Greenway had ranked #2, close behind incumbent Practice Fusion, in both the 2014 and 2013 primary care surveys.

Black Book™, its founders, management and/or staff do not own or hold any financial interest in any of the vendors covered and encompassed in this survey, and Black Book reports the results of the collected satisfaction and client experience rankings in publication and to media prior to vendor notification of rating results.